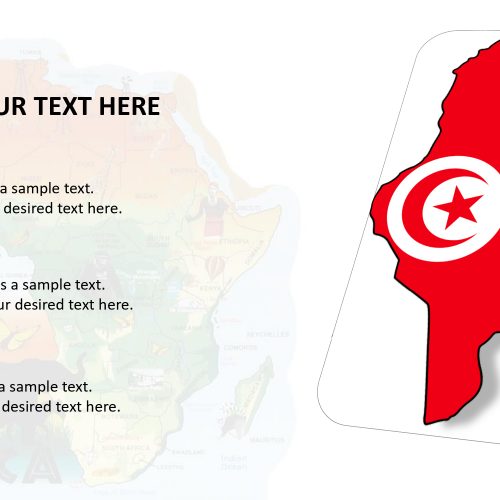 Tunisia is a country in North Africa. The official name of the country is the Republic of Tunisia. Tunisia outlined map is bordered by Algeria to the west and southwest, and the Mediterranean Sea to the north and east. Geographically, Tunisia’s editable map includes the eastern end of the Atlas Mountains and the northern end of the Sahara desert. Tunisia has 8 UNESCO world heritage sites

Tunisia’s map has the northernmost end, Cape Angela, which is the northernmost point on the African continent too. Tunisia has 713 miles of coastline. The Mediterranean has most beautiful beaches that are to be found in Tunisia; located to the northern coastline with crystal clear waters, lush green vegetation areas, and wild areas, while the southern coastline is mesmerizing due to the desert landscape surrounding it. One can explain all the heritage sites, beaches and dessert and all fascinating locations of Tunisia using this editable map.