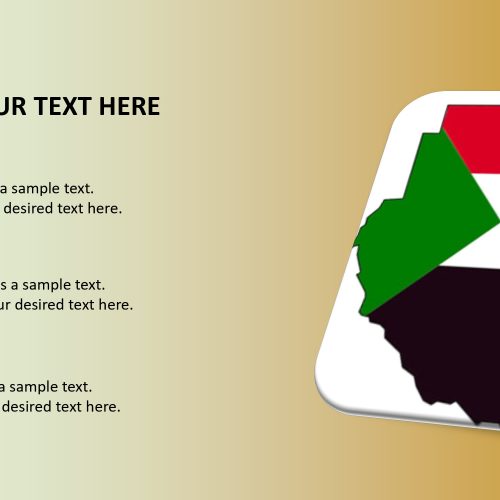 Sudan was the largest country in Africa before the secession of South Sudan in 2011. It is now the third-largest, after Algeria and the Democratic Republic of the Congo. Sudan map is the neighbor of Egypt to the north, the Red Sea, Eritrea and Ethiopia to the east, South Sudan to the south, the Central African Republic to the southwest, Chad is to the west and Libya on the northwest.

Sudan has 853 kilometers of coastline with lots of beaches. Sudan’s economy is basically agricultural, with inadequate infrastructure and facing the civil wars, social and ethnic conflict. Sudan lost most of its oil reserves about 80 percent, after the secession of South Sudan. Sudan is one of the world’s largest manufacturer of gum Arabic. One can prepare the preparation using this editable map of Sudan which has many layouts and icons. One can clearly explain the history and upcoming projects with the help of this map.