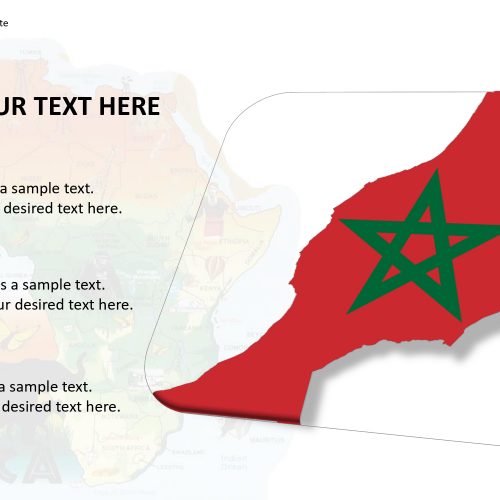 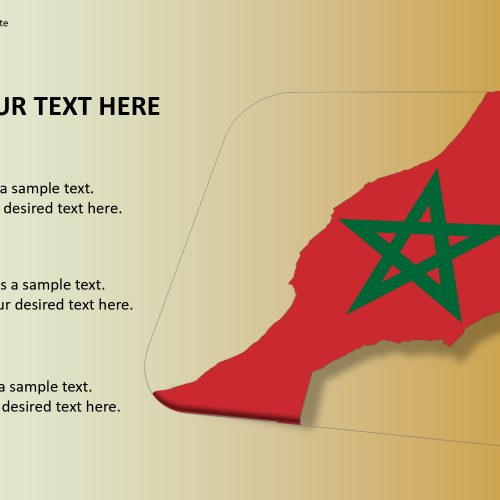 The morocco map for PowerPoint template introduces the Northern African country of Morocco, which is officially known as the Kingdom of Morocco. It is situated between Algeria and annexed Western Sahara also called as the Southern Provinces. It is bordered by the Mediterranean Ocean and the Atlantic Ocean.

The interesting fact that Morocco is one of only three countries among France and Spain in the world that do border by these oceans.

Morocco is well-known for its two mountain ranges, the Atlas and Rif Mountains; it’s part of the Sahara desert; and its beautiful coastal areas. This natural spots of Morocco can be manifested using this customizable and editable maps. The oceans and political maps can be shown and explained in detail by putting location markers.