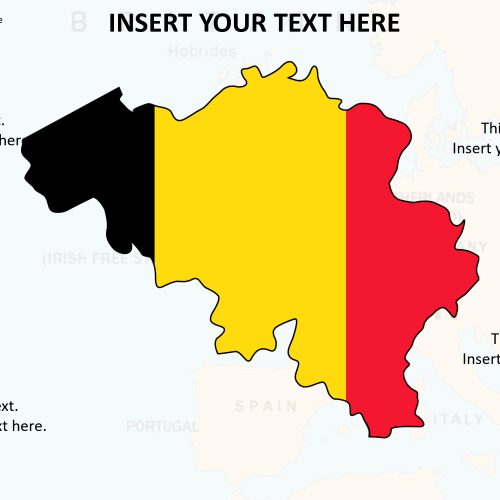 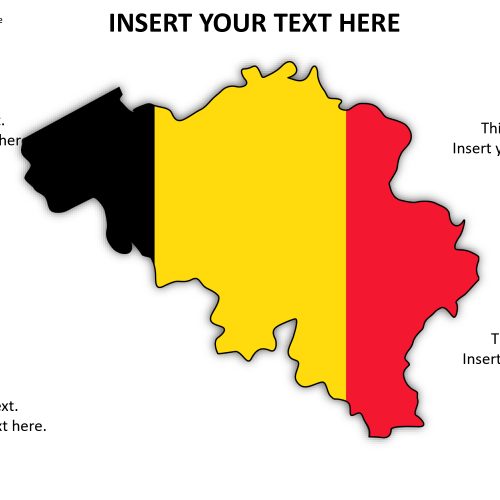 Belgium map for PowerPoint, which is officially called the Kingdom of Belgium, is a small and densely populated country situated in West Europe. It has four surrounding countries that are France, Luxembourg, Germany, and the Netherlands. It is one of the six founding nations of the European Union. These historical facts can be elaborated using this effortlessly editable and customizable map of Belgium.

Also, the default map follows a flat and simple design that gives emphasis to the map itself. The users can write texts to clearly deliver their messages using the text dialogue box given on the map. Hence, the color themes, size and text boxes are adjustable according to its purpose. The maps are having vector graphics in PowerPoint. Hence, it will automatically apply the formatting’s like background, shadows, lines, reflections, and fills.