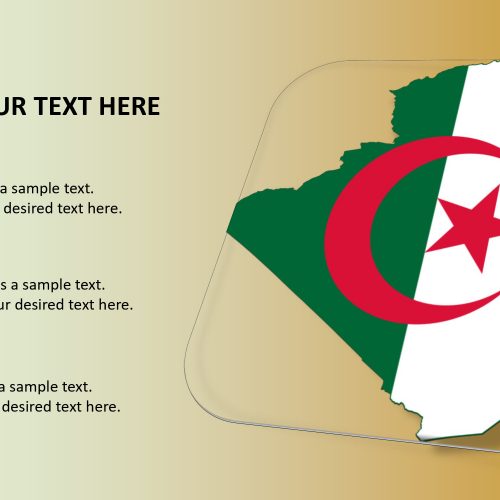 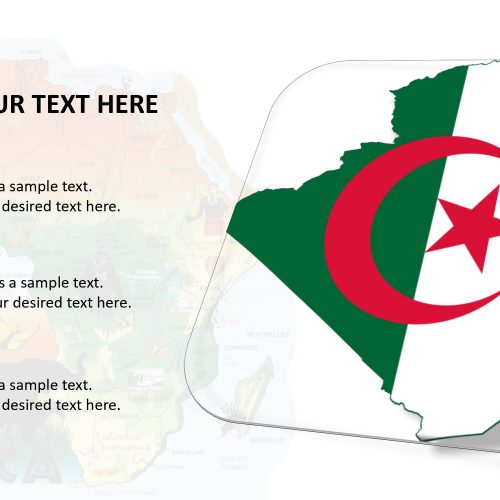 SlideVilla’s Algeria map for PowerPoint template is a country located in North Africa surrounding with a Mediterranean coastline and a Saharan desert. The official name of the country is the People’s Democratic Republic of Algeria. It is been bordered by the northeast by Tunisia, and to the north by the Mediterranean Sea to the east by Libya, to the southeast by Niger, to the west by Morocco, and to the southwest by the Western Saharan territory, Mauritania, and Mali.

One can use multiple colors to represent different states of each country. These colors can bifurcate various levels of the target customer, population, education, and more importantly, political view statistics. Algiers is the capital of Algeria which is located on the Mediterranean Sea and in the north-central portion of Algeria and this PowerPoint template highlights the capital with the location markers and county with an arrow shape.