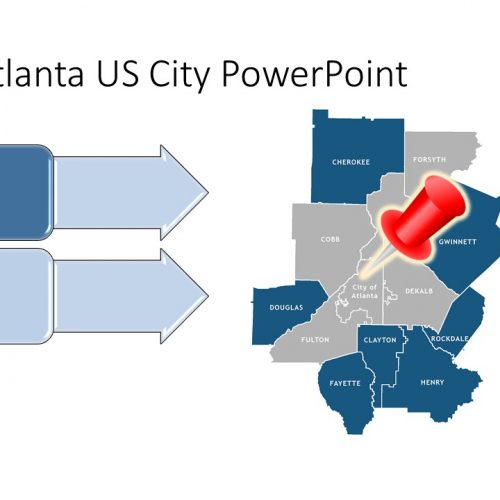 The Atlanta US City PowerPoint Template is a powerpoint slide which shows demography of a country. Atlanta is situated in US state which is called Georgia, and Atlanta is capital of Georgia so this map can be used in discussing about the geographical importance of Atlanta city in the globe. The Atlanta map of powerpoint is fully editable powerpoint map with blue and grey color. The Atlanta US City PowerPoint Template is a multi purpose slide template which can be used by the colleges, universities, businesses, meetings and much more. This slide template is fully editable and it can be used as google slide theme as well as google powerpoint template.