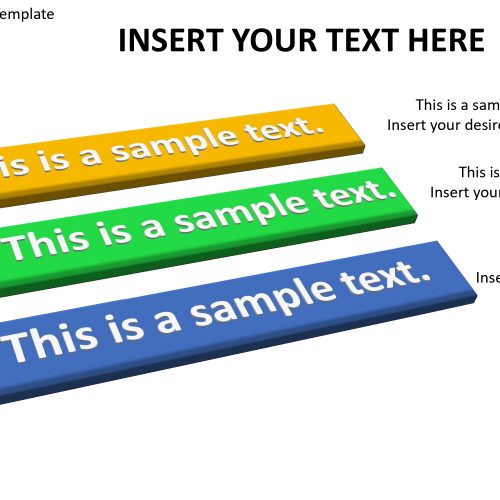 The 3D three steps PowerPoint template is a simple layer of three steps with colorful high-resolution images.
The client can utilize the design for Table of Content, for portraying a 3 Steps procedure or just to pursue a rundown during the discourse. The layout gives the numbered 3 Steps rundown, where each number is made as a 3D PowerPoint number, utilizing PowerPoint 3D impacts, and a content box in 3D point of view to portray the line. Additionally, the format gives 1 slide to each progression, rehashing the number, covering the full slide measure. Finally, the rundown is rehashed in an angle shading, if the client need to utilize a similar shading palette rather than various hues for each rundown section.